Mdm Yee, 80, moved to Cassia Crescent in 2017 after having lived in Dakota for more than 30 years. Her hobbies include exercising and cooking, although she says she rarely does the latter now, because she finds it hard to walk to the market from her new flat. One of the things she misses most about living at Dakota is Ah Leong, or Roger Neo, who was the Centre Manager for Tung Ling Community Services. A divorcee, Mdm Yee raised eight children single-handedly, juggling more than one job and now has more than 30 grandchildren and four great-grandchildren.

Here’s how you can help 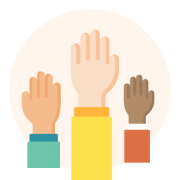 Befriend the residents of Block 52 Cassia Crescent by volunteering a skill, participating in day-to-day activities, or organising community events Support CRT’s efforts by purchasing They Told Us to Move: Dakota—Cassia online
(published by Ethos Books) Dive into the work of CRT, and discover how its volunteers have impacted the lives of the elderly at Block 52 Cassia Crescent, through cooperation, mutual respect and deepening friendships. The Cassia Resettlement Team (CRT) was formed in 2017 and serves the needs of residents who were relocated from different rental flat estates, such as Dakota Crescent and Sims Drive to Cassia Crescent. View stories from other residents

Subscribe to receive our best stories straight to your inbox