You are reading: Swimming with Sharks and for Sharks Swimming with Sharks and for Sharks

A story inspired Eunice to take her first shark-saving adventure.

Eunice loves the outdoors. She enjoys being surrounded by nature and just basking in its beauty. When she travels,she would choose snorkelling in the sea or a hike at the mountains over shopping in the city. She is constantly thinking of her next adventure and how she can enrich herself with more of life’s experiences.

I love sharks. I grew up watching documentaries on marine life. I’ve been fascinated with sharks ever since. As I became more aware of how misunderstood sharks were, I was even more intrigued by this beautiful majestic creature and I grew to love them more.

I chanced upon Our Better World’s video on The Dorsal Effect at the end of 2014. Kathy’s cause really struck a chord with me and I made a mental note to go on a trip with her one day.

Lo and behold, the stars were aligned and my bags were packed for Lombok in March 2017!

It was a pleasure talking to Kathy and finding out about how she got The Dorsal Effect started. Her love for sharks propelled her to look for a viable alternative for the fishermen to discourage them from hunting sharks as a source of income.

I used to be enraged at those who mercilessly kill sharks. However, it was through Kathy that I understood how culture and livelihood evidently resulted in the hunting of sharks in Lombok.

We visited Tanjung Luar fish market before heading out to sea to snorkel. That was where all the killings took place. Fortunately, we arrived late and did not witness the act. I was upset seeing the remnants of sharks’ fins and guts all strewn on the ground but I reminded myself not to get too emotional but to focus on the efforts on the way forward. 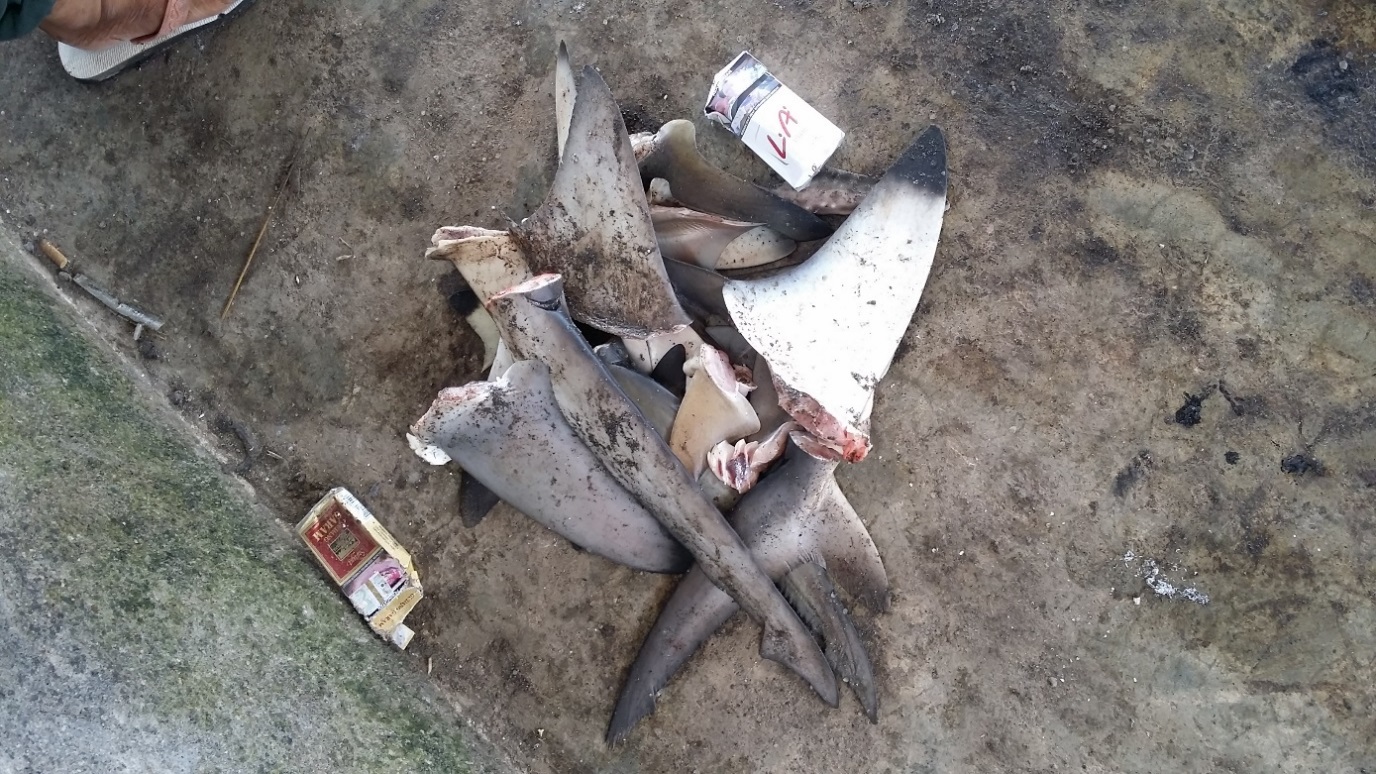 What Kathy does through The Dorsal Effect really became so much more important. She had to start somewhere and targeting the fishermen by educating them and presenting ecotourism as an alternative was a step in the right direction.

Suhardi used to be a fisherman and he brought us out to the sea that day. We snorkelled at sites off Tanjung Luar and near the Pink Beach of Lombok. We also marooned ourselves on an island to have lunch and soak in the sun, sand and the sea. It was so relaxing just lying under the trees and listening to the waves! The waters were crystal clear and the marine life was thriving! As sharks are apex predators at the top of the food chain, they play a crucial role in the overall health of the oceans. We need to save the sharks if we want healthy oceans! On the final day, we flew to Bali to visit Bali Sharks. It is a rescue and release programme at a nursery which was started by Paul Friese. It is a nursery for young sharks that are accidentally caught and injured. They are then given a new lease of life and released back into the wild after they have been nursed back to health. We fed and swam with the white and black tip reef sharks. It was a surreal and awesome feeling sharing the same space with the sharks. They were not ferocious like how sharks are stereotyped but shy and swam away from us.

My experience with The Dorsal Effect not only educated me on the challenges faced with regards to shark conservation but it also gave me the opportunity to discover Lombok and experience what it has to offer. Friendships were also forged! It will not be my last time to Lombok and definitely not my last shark adventure!

The video story on The Dorsal Effect that inspired Eunice to go to Lombok is part of Our Better World’s The Better Traveller series which encourages travelling that makes a difference.