In his teacher's footsteps

A trip to Nepal makes such an impression on a teenager, he goes on to scale Everest and raise funds for the school he volunteered at.

I have met a man who has scaled Mount Everest. But I was awed by the man sitting next to him.

Don't get me wrong, it's not that Dr Kumaran Rasappan isn't impressive.  Mountaineer and medical doctor, he also raised money for charity through his climb and set up a clinic in one of the villages near Mount Everest.

It is the deference in Kumaran's voice and the respect in his eyes that tells me that the man seated next to him at the restaurant quietly eating some chicken, is really special.

Pillay Krishnan smiles and recounts anecdotes about Kumaran like a proud parent, and reminds him to tell specific parts of his story that he has left out.

As a young teacher, Krishnan had volunteered with the Singapore International Foundation to teach in Nepal for a year.

So fulfilling was his time at the Saraswati school in Gorkha, Nepal, that when he returned to Singapore, he inspired a group of 28 teachers and students from Raffles Institution to return with him to the school in 1999.

Staying with families who hosted them in the village of Aahale, they helped do up a library and paint the school building.

Kumaran was one of the 15-year-old boys who went on that trip.

"We were too young to appreciate it at that time," he says. "But now looking back, you know that these moments were very precious, very important moments in your life.

"That was the first experience in Nepal, of the mountains, and overseas community service. That trip had an impact for many years to come."

Thirteen years on, and Kumaran – then a medical student – was poised to climb the world's tallest peak and he remembered his teacher.

His sponsor, Cerebos, apart from supporting his attempt to climb Everest, also wanted to donate computers to a school in Nepal, and asked if he had any school in mind.

Kumaran knew exactly which one.

"How wonderful it will be to go back to chip in," he thought. "With Mr Krishnan along as well."

The two men reconnected and Krishnan was thrilled to join Kumaran for the project.

Immediately after Kumaran summited Everest and came down safely, the two men revisited the school and helped to organise a computer lab.

For Krishnan, the invitation to return to Saraswati with his former student was "really out of the blue and mind-blowing".

"He could have just embarked on this journey and enjoyed … but he thought about how it would be special for me too. And that was something very special for me," Krishnan says.

The deep respect and affection is clearly mutual.

"You know, at that time, taking a year off work and going to Nepal to teach English was a big thing," Kumaran says of Krishnan's volunteering stint that triggered the 1999 school trip and inspired his own adventures in Nepal later.

"He paved the way for others to follow and that was a big courageous thing for him to have done… Every student wants to be inspired by his teacher and I'm glad I crossed paths with him," he says, adding that Krishnan had inspired him to "realise my full potential".

"I can't believe that our work as SIF volunteers would have such ripple effects 20 years down the road," Krishnan says.

He also tells of seeing a picture on Facebook of schoolgirls in the computer lab that he and Kumaran helped set up.

"Such a different world this has become, because 20 years ago, the girls didn't even go to school … and then here, out of this opportunity, the girls now get to be included in the wider world. And the opportunities and their outlook change and people will look at them differently," he says.

As we conclude our time together, Kumaran asks his teacher and friend what's the most important lesson he's learnt in his life.

"Whatever you do, even if you do not see the returns immediately, as long as you are sincere and you want to help others, somehow the other people will find their way and maybe one day, will express their thanks," comes the reply from Krishnan.

"And even if they don't, if you know you have served them well, then you have done your part."

Postscript: Following the April 2015 earthquake in Nepal, Kumaran volunteered with Mercy Relief to treat orthopaedic trauma cases near Kathmandu. There, he met the former headmaster of Saraswati school, who described the destruction in the village where most of the students come from.

Once back in Singapore, Kumaran and his wife fundraised among family and friends. They passed the funds raised to Krishnan, who went to Nepal later in June and bought zinc roofs and helped in the initial re-construction of the village.

Kumaran, now a doctor, has gone on to emulate his teacher, using his story of Everest to spark students' imagination. He inspired another group of students to help set up a science lab at Saraswati school.

Krishnan, now vice-principal of a primary school, continues to inspire the young to scale their own mountains.

You can learn more about volunteering opportunities with the Singapore International Foundation here.

Set up in 1991, the Singapore International Foundation is a non-profit that brings people together from different countries, to connect and collaborate for positive change. It does this through international volunteerism, arts for social change, social entrepreneurship and digital storytelling.

VolunteerLearn more about volunteering opportunities with the Singapore International Foundation

Here are ways you can help Singapore International Foundation

Learn more about volunteering opportunities with the Singapore International Foundation 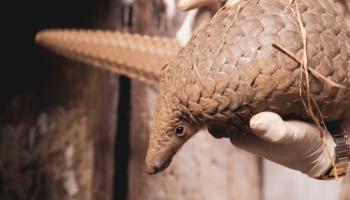