Running with a buddy takes on a whole new meaning at Runninghour.

Runninghour now has 250 volunteers and have also increased the frequency of its runs from once to thrice a week.

The registered co-operative is ready to welcome more people who are visually impaired or intellectually challenged to join the runs.

Runninghour will train new volunteers so they can help the visually impaired or intellectually challenged on the runs. We first met the Runninghour team more than a year ago when we were making a film about a group of blind tennis players. They were training for a 10km race to get fitter for their tennis. It was their first-ever public run.

These athletes have run marathons and triathlons. They are also blind. Watch their story. Volunteer Volunteer as a running buddy, and help those with special needs keep fit

They'd tapped into the expertise of Runninghour to help them with running outdoors, for long distances, and with guides.

Fast forward one year, and one of those same blind tennis players, Wai Yee, along with her guides, achieved something that most of us will never do: finish a triathlon by swimming 750m, cycling 20km and running 5km. It is just one of the many accomplishments that continue to be made by various members of the group. And it's a testament to the trust, dedication and friendship that permeates Runninghour.

It all started in 2009 when a group of fitness enthusiasts had an idea: to use an accessible, affordable sport like running to create a supportive, encouraging and empowering environment for people with intellectual challenges.

Three years later, a few blind runners joined in and encouraged their peers to run too.

Runninghour now has nearly 400 members and has created ripples of good for all involved.

Not only has it provided a way for often reclusive people with special needs to do some exercise outdoors and mingle with their peers, it has given them a vehicle to integrate into mainstream society. They achieve this by joining races, training in different public places around Singapore, and making friends with regular, dedicated volunteers.

None of it would be possible without volunteers.

They come from all walks of life, and with all levels of fitness. Many find that when they return every week to run alongside their partners, something magical happens: they start to bond.

And as time goes by, they realise they're running longer, further and faster. Some pairs have achieved their personal bests together, and others are experiencing a renewed level of fitness they hadn't felt in a long time.

That's the beauty of the Runninghour model — it taps into a simple truth that many of us know from pounding the pavement on a regular basis: running is easier when you do it with friends.

Read about our teammate's experience at Runninghour 2015.

Formed in 2009, Runninghour is a sports co-operative promoting integration of persons with special needs through running. Members of the public are welcome to volunteer and join as buddy runners to special needs members.

VolunteerVolunteer as a running buddy, and help those with special needs keep fit

Here are ways you can help Runninghour

Volunteer as a running buddy, and help those with special needs keep fit 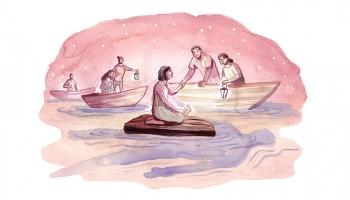