What it means to have someone believe in you, believe that you can run with the best.

When I was a kid and people asked me what I wanted to be when I grew up, I'd have many answers.

It depended on my age, what I was doing, or what book, TV show or fad was making its way into my life at the time.

There were no limitations on my dreams, because it was a given that I'd finish school and go to university to study whatever would make those dreams reality.

As I grew up I started to realise that my path to a career wasn't the norm. I thought about this a lot recently when we were in the Philippines to create this video about a group of students from De La Salle University in Manila.

It's one of the country's best — and most expensive — schools. And the kids I met weren't meant to be there.

Mariefe, Kristen, Nancy, Brixie and Dom all come from communities where a college degree is not a given, where a lack of resources means almost no access to a proper education. And where earning and providing for the family is a more pressing need than spending time setting yourself up for a career.

But they are pioneers in their communities. They saw an opportunity to join Akaraka, an organisation that opens a door to the best education available, and they, along with their families, took a leap into a life that's usually only available to the elite.

I learnt about the courage, poise and persistence it took for these kids to achieve something that will now empower them to lift themselves, their families and their communities out of poverty: a university degree.

When I asked the graduates what they planned to do with their futures, each one said the same thing: "Give back."

Many kids I met in Manila expressed a hunger to learn. I knew, however, that for many, access to a good education wasn't always within their reach.

At a coffee shop, the young girl behind the counter asked me what I was doing in Manila. She couldn't believe it when I told her. "A programme like that exists? How do I get one of those scholarships?"

I asked her what she'd do with it, and she told me she wanted nothing more than to continue her studies so she could get a "good job" and do something that she was proud of.

It made me remember how much I have to be thankful for, and how, through organisations like Akaraka, many of us — who don't have many limitations on their dreams because of finances and circumstances — have the power to give something so significant to someone, at such little expense to ourselves.

Edgar, who volunteers as a mentor in Manila, said it best when he explained why he decided to support Akaraka, which is based in Singapore: "One of the things my father told me when he was still alive was that the only thing he could give me of any lasting value was an education... Because of that, I have started viewing education as the great equaliser. It doesn't matter where you started. To the possible donors or sponsors out there, education can make a difference."

Want to start a ripple that could help an entire community? You can sponsor a student or be a mentor to young people in the Philippines, Cambodia and Singapore.

Akaraka is helping provide a formal education to underprivileged children and young adults, through the financial support of individuals and corporations. Set up in 2010, this charity has seen over 100 scholars graduate, and find paid employment.

Here are ways you can help Akaraka

Contact Akaraka to see how you can become a mentor 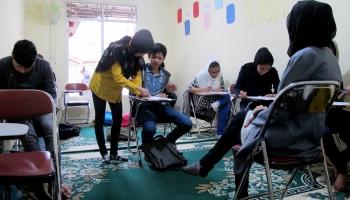