A culture of kindness, a childbirth of dignity

In the Philippines, some pregnant women face disrespectful treatment during labour. Non-profit Mercy In Action is pushing back — with kindness

Few can argue that witnessing a birth is one of the most miraculous and intense experiences in one's life. As the first cry from a newborn pierces through the air, happy tears go all around. At least that’s what books and movies tell you.

For seasoned Filipino midwife Nerissa Cumpino, her nine years of experience is peppered with experiences and anecdotes shared by pregnant women who had gone through the unthinkable – being treated with contempt and disrespect whilst on the verge of giving birth.

“They (the patients) feel that their movements are limited,” shares Nerissa. “Some won’t be taken to the delivery room, and eventually, they just give birth in the hallway or at the toilet. There’s no freedom to cry or express yourself and the pain you’re feeling.”

Such experiences are not uncommon and not confined to the Philippines alone.

In addition to the existing barriers to care — lack of money to pay for a birth attendant and lack of access to health facilities in rural areas — the lack of kindness to a mother-to-be can have a large impact on her postnatal wellness. A traumatic experience while giving birth can have detrimental consequences on a mother’s confidence, trigger stressors and affect her mental health.

Nerissa’s midwifery clinic in Leyte, Philippines, is no ordinary one. Not only does it provide free birthing services to ensure women of little means can deliver a baby safely, it is a space where any woman who walks through the doors is treated with respect and kindness.

The clinic was started with the support of Vicki Penwell, who founded Mercy In Action, a non-profit organisation focused on maternity care, with clinics set up across Asia, Latin America and Alaska. In 2013, Vicki and her family were living in the Philippines when Typhoon Yolanda hit Leyte hard. After seeing the destruction through media reports, Vicki decided to set up a disaster response in the area.

“We saw the loss of life, and that there were women delivering [babies] in these horrible conditions. And we saw the pictures of the early days of the disaster and we said, ‘we have to go down there’,” shares Vicki.

That was when Vicki and Nerissa met, and became friends. Nerissa’s home and clinic at that time was in ground zero, and reduced to rubble. But despite the hardship, Nerissa worked with Mercy In Action to aid their disaster response.

Eventually, Vicki helped Nerissa rebuild her clinic, under the sponsorship of Mercy In Action.

All services provided to the women are free, from the moment they step into the clinic, to the delivery, until they are discharged and sent home right to their doorstep. These services are funded by donations globally, and insurance support from PhilHealth, a government insurance programme.

Guided by Mercy In Action’s ethos, Nerissa and her team began to model a different form of behaviour towards their patients. Actions accompanied with respect, gentleness and kindness.

In addition to ensuring the women are well-cared for from their prenatal treatment till birth, the women are also taught family planning and proper postpartum treatment.

Vicki adds: “We need to cultivate that deliberate choice to be kind, because women in labour can be frightened. They can lash out, they could yell at you, they could bite your hand. But things could happen and you’re just determined that you’re not going to shame, or blame and you’re going to be kind.”

A culture of kindness makes for better outcomes in birth, Vicki adds.

The lack of respectful maternity care is a global issue, yet there is no consensus on how to define these incidents, and why such attitudes exist.

Nerissa, on the other hand, has observed that it is usually women who are poorer and with more children that are berated with degrading comments and face disrespectful treatment. And even in reputable hospitals that provide free services, such behaviour could be perpetuated through modelling.

Recalling an anecdote shared by a midwife who had worked at a public clinic, Nerissa says, “She said that when she started work there, she started becoming different. The environment was rude, and she began to adopt their culture because she thought that was normal.”

Till today, Nerissa’s clinic has helped to deliver more than 1,700 babies and has tended to up to 10,000 women from prenatal to postpartum services. During the COVID-19 pandemic, several public hospitals have closed or shifted their resources to treat COVID-19 patients. The clinic has seen an increase in a demand for their professional care, with the average number of babies born every month doubling.

At Nerissa’s clinic, the midwives “did not scold me. They warmly entertained us. They took care of me and my baby,” shares Roselynn, adding: “I am thankful to the midwives here.”

Nerissa says she has seen a big impact on her patients, “ They are so thankful because it’s the first time in their life they felt respected and they experienced a dignified birth.”

“When I go to the market, somebody would come up to me, “Ma’am, I’m your patient,” and they give me bananas and other items. It makes me happy,” says Nerissa.

After storyteller Dave Sarabia’s wife gave birth to their firstborn, the couple had experienced disrespectful treatment during postnatal care. Dave shares about their experience and why it’s important to tell this story here.

About Mercy In Action

Founded in 1980, Mercy In Action is a faith-based non-profit organisation focused on maternity care globally. The organisation has set up birthing clinics in Asia, Latin America and Alaska, with all services free to people in need, funded primarily by grassroots donations from passionate individuals.

DonateContribute to Mercy In Action’s efforts to provide a safe space for women.
Sign upFind out more about Mercy In Action’s postgraduate diploma programme, and be part of their commitment to maternal and newborn survival.

Here are ways you can help Mercy In Action

Contribute to Mercy In Action’s efforts to provide a safe space for women.

Find out more about Mercy In Action’s postgraduate diploma programme, and be part of their commitment to maternal and newborn survival. 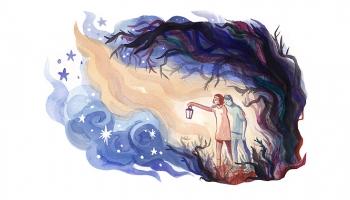 I Want To Help Someone Who Has Suicidal Thoughts