Getting into the driver’s seat of a car and ferrying passengers around the streets of Delhi shouldn’t seem like a radical act.

But for Savita and her fellow drivers, it is a mini-revolution on wheels: breaking barriers to enter a profession deemed unsuitable for women, and gaining financial independence in the process.

The catalyst? Azad Foundation, a Delhi-based non-profit that trains women from low-income backgrounds to gain skills in “non-traditional” livelihoods, namely, driving. The driving programme, called Women with Wheels, is one of several ways through which Azad advocates for gender equality in India.

Savita’s drive for change began in 2013 when she met a volunteer doing outreach for Azad (which means ‘liberated’ in the Urdu language) in her neighbourhood.

The timing was opportune — at the time, her husband would beat her regularly, especially if he had been drinking.

“The first time he beat me up he was drunk,” shares Savita, now 27. “I went to my father-in-law and told him that I’d been beaten up. He told me to just bear with it, because that is what is supposed to happen to women.”

Young and afraid, Savita turned to her parents for help. “My husband heard about this and he came and punched me so brutally that I was unconscious for two hours.”

“I survived the blow but I knew I was done.”

THE ROAD TO FREEDOM

An Azad volunteer, known as a community mobiliser (right), distributing flyers about Azad in a Delhi neighborhood. (Photo by Mamta Singh)

The women who come to Azad — wives, mothers, daughters, sisters, primary school-educated or college graduates, sole breadwinners or working for the first time — are all united by one goal: to take charge of their futures.

“The communities we come from, people are not educated and are of a patriarchal mindset,” Savita, who has a college education, says bluntly. “[We] have the odds set against us.”

Communities like hers are where Azad does most of their outreach, through volunteers who visit various neighbourhoods to share about Azad’s programmes and impact, and encourage their participation.

It was through meeting these volunteers — called community mobilisers — that Savita found the first step out of her abusive marriage.

She enrolled in Women with Wheels in hopes of becoming a driver, but did not tell her family, as “no one would have allowed it”. “I lied that I was taking computer classes,” says Savita.

The effort paid off. “After I got my first job and I parked my car outside our house, my mother had tears of joy and my father was also very happy.”

While women are not forbidden to drive in India, it is rare to see women in the commercial driving sector outside of all-female private taxi services.

Despite Venkadarath Saritha entering Delhi’s public bus service as its first-ever female bus driver in 2015, she remains an outlier five years on, while bias against women driving professionally remains widespread.

Putting a woman in the driver’s seat is not just about equal access to livelihoods, but it is also about changing mindsets, according to Azad COO Shrinivas Rao.

“What Azad does is to go and work with these women and make them understand their life counts. We support them to know what are the livelihood options available to them, and they can do whatever they want to do in their lives,” says Shrinivas. “So they are not destined to live in the limited space.”

He notes that livelihood options for resource-poor women tend to be traditional in nature, such as sewing and embroidery. “Non-traditional livelihoods is something that challenges women to go out, and works against gender stereotypes. They give them agency, and give them [a] chance to grow and empower themselves.” he says.

When Azad started its Women with Wheels programme, scepticism abounded. Parents questioned whether it was safe for women to drive, while companies did not want to hire women drivers. “Most of the market, they gave us n number of reasons why women cannot be drivers” shares Shrinivas.

To ensure its trainees would be able to find work after completing the programme, Azad started Sakha Consulting Wings, a social enterprise to connect the women to driving jobs.

Through Sakha, over 1,000 women have been hired to date, driving for airlines, embassies, hotels and as private chauffeurs. The Delhi Commission for Women also employs Sakha drivers to pick up survivors of violence who call their helpline.

The women trained by Azad can earn anything between Rs10,000 to Rs40,000 [US$136 to $545] each month, and many of them have become the primary breadwinners in their families.  The programme has expanded beyond Delhi to Jaipur and Kolkata, and Azad is exploring launching it in Chennai.

Along with driving skills, Azad also holds sessions to teach trainees about women’s issues, gender and sexuality, patriarchy,  and women’s rights. It also runs a Men for Gender Justice programme to engage men on their role in challenging gender-based inequality.

Says Savita, “While I was undergoing my training with Azad, I was also figuring out how to come out of my abusive marriage. The empowerment training we got at Azad has helped me make my own decisions.”

SLOWING DOWN BUT NOT STOPPING FOR COVID-19

Roadblocks to gender equality can take many forms; as COVID-19 spread around the world, India went into a strict lockdown in March, plunging livelihoods into disarray.

“Almost all women drivers are left without any work,” says Shrinivas, noting some women faced more violence at home. “Lockdown has also put many people under misery, food insecurity.”

After identifying which were the most  vulnerable communities, Azad delivered food and sanitation supplies like masks to the households most in need. It also created resources to teach households how to apply for social assistance from the government.

Helping to drive these efforts were some of the women drivers trained by Azad over the years. “What we thought is that why don’t we use the energy of these women drivers, the leadership of these drivers to involve them in relief operations,” says Shrinivas.

Among them is Geeta, who helped to coordinate the delivery of the relief packages. “When there was no work and everything was shut, Azad came up with the scheme of delivering packages,” shares Geeta. “Who has lost their jobs, who needs help, we looked into all this and made a list and relief was given to them.”

The women drivers themselves also received relief packages from Azad, and were paid their salaries. “I wonder what would have happened to me and my family in the pandemic if it hadn’t been for my association with Azad,” adds Geeta.

MAPPING HER OWN ROUTE

With her husband struggling to make ends meet, Geeta started taking sewing lessons in hopes of helping support her family. It was at the sewing centre that she learnt about the Women with Wheels programme.

“I would look at the pamphlet daily and [be amazed] that women can also drive... I couldn’t believe it but still just looking at the pamphlet gave me a lot of happiness,” recalls Geeta.

Three years later, she saw women drivers featured on television. “I was shocked that these are the same people who had come to the stitching centre and look where they have reached now!” shares Geeta.  “The very next day I went and enrolled myself in Azad.”

Having been a driver since 2013, Geeta is the main breadwinner of her family. I feel very elated that I am a woman driver and I confidently help other women safely reach their homes,” she says with pride.

Calling the women “revolutionaries”, Shrinivas says, “They have not only changed their own life but the life of their family, community, and brought in significant change in the ecosystem, because now the ecosystem is accepting women drivers.”

Savita, who has navigated her separation from her husband with the guidance of Azad, notes that her parents have journeyed with her in her growth. “Whatever restrictions they had placed on me they don’t treat my sisters the same way and so there’s been a lot of change in their thinking,” she shares.

With a new job on the horizon as the lockdown in India eases, she plans to keep learning and take on more opportunities. “Our lives have been full of struggles but this is not the end, this is a beginning,” she says. “We still have many roads to travel and take many many more women with us and move forward.”

LET’S TALK ABOUT IT
Do gender stereotypes affect your actions and beliefs? Share with us here.

Based in Delhi, Azad Foundation is an NGO advocating for gender justice and women empowerment by ensuring women’s access to non-traditional livelihoods, namely driving. Working mainly with underprivileged women through its Women with Wheels programme, it trains women not only in driving skills, but also teaches them about their rights and gender equality. It also has leadership programmes for women, as well as a Men for Gender Justice initiative to engage men on gender equality issues. Over the years, Azad has reached more than 600,000 women and families through its outreach work, and helped over 1,000 women find work as drivers through its social enterprise, Sakha Consulting Wings.

Donate Donate and help Azad Foundation lift women out of poverty and break gender barriers through their Women with Wheels programme.
SupportIf you live in Delhi, Jaipur, Kolkata or Indore, book a Sakha cab ride to empower women in their drive for change.

Here are ways you can help Azad Foundation

Donate and help Azad Foundation lift women out of poverty and break gender barriers through their Women with Wheels programme.

If you live in Delhi, Jaipur, Kolkata or Indore, book a Sakha cab ride to empower women in their drive for change. 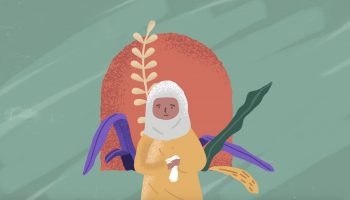 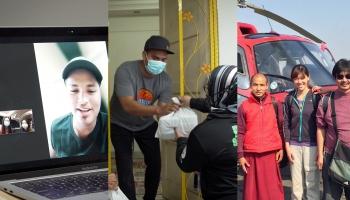