When you see a whale shark

An ocean encounter throws up questions about conservation and captivity.

I vaguely remember the first time I encountered a whale shark. It was in Okinawa, Japan, five years ago and behind a glass wall.

I barely knew anything about marine life then, and traipsing through the aquarium made me none the wiser, despite the endless array of merchandise at the souvenir shop.

Two years later, I found myself in the middle of the Indian Ocean off Ningaloo Reef in Australia, sitting in a boat, snorkel gear in hand and anxiously waiting for the spotters' signals.

The moment the cry of "whale shark!" came, all of us jumped into the ocean and started chasing the most breathtaking creature.

It's in that moment when you forget how to breathe through your snorkel gear and your heart is racing with exhilaration, that you feel a shift and a connection.

Enlightenment came after beholding the creature in its 6m-long glory and in its natural habitat. That's a juvenile, by the way, but we still kept a safe distance, of course.

Watch and find out how you can help fishermen and sharks just by exploring secret beaches and enjoying pristine snorkelling sites. 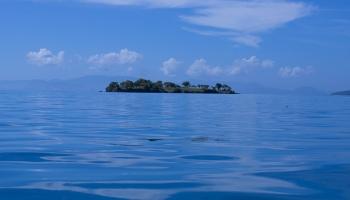 You never forget the first time you encounter a whale shark in the wild — how small you feel amid its massiveness and the vastness of the ocean.

I have a photograph of the whale shark in the aquarium in Okinawa when I visited but I didn't have an underwater camera when I was at Ningaloo Reef.

The memory of the ocean encounter proved stickier, however, and I learnt far more about respecting nature and the natural feeding patterns of whale sharks through it.

It has also caused me to contemplate, at great length on several occasions, the dichotomy between conservation and captivity.

Sure, we want to give our children the best kind of education in the safest of confines.

But is forcefully taking marine life from the oceans into glass confines, and sometimes coercing them into performing unnatural acts, the way to teach the value of a thriving ecosystem of symbiosis between man and nature? Surely there is deep irony there.

Sometimes, the best education comes from experiencing marine life and wildlife in its natural habitat.

Granted, parents may have reservations about their children encountering a bus of a creature in the ocean, however harmless it may be.

But I think, when I have children, I would want them to swim with sharks in the open waters like I do.