You are reading: I Lost My Brother to Suicide Sanaya lost her brother to suicide when she was 14. She shares her grieving process and how she has come to terms with it.

Sanaya Choksey Sethna is 49 years old and lives in Mumbai, India. She writes, tends to her balcony garden and does embroidery. She loves music, reading, and solitude.

A highly-accomplished, intelligent and much-loved man has been in the news for the last 48 hours. He sat himself down in a car with the heater on and the windows rolled up. The tributes pouring in stop there and don't venture to say the obvious.

The consensus in my family is that there is no point in stating the obvious. Out of respect for a lifetime of achievements, there is no need to say how he died or why he died the way he did.

A week ago, another respected businessman jumped off a bridge into a river. In his case, there was no such hesitation. The obvious was stated in headlines around the country.

Why are the two events perceived so differently? The second gentleman had well-known business troubles, he left behind a note and thus, a verdict of suicide was inevitable. That verdict will haunt his life story forever.

A human being who takes his own life seems to threaten all living beings. Suicide points out that life is finite, life is not a gift from a questionable God, nor are we beholden to live it to its natural conclusion. Suicide is a full stop, a question mark, an exclamation point.

Why does suicide have the power to affect those left behind so viscerally?

Shame. In some deep corner of our psyche, suicide is intertwined with a sense of inadequacy. We feel ashamed of and for the person who has killed himself. Weak. Scared. Quitter. These are the words that rattle around in our brains. Or are we, the living, ashamed that we couldn't stop one of our own stepping into the unknown? A decision is taken that is beyond the control of society, family and government.

Guilt. Sometimes I think not so much because we didn't stop the suicide but instead — and this is far more difficult to comprehend — guilt because we too want a way out. Modern life is full of real and imagined duties and responsibilities. The pressure of these imagined burdens might tempt us all, at one time or another, to want to give it all up and find a cave in the mountains or a spot under a shady tree.

I spent most of my life convinced that there was nothing worse a family could experience than the suicide of one of its own.

My brother was seven years three months older than me. It was a typical sibling relationship, lots of squabbling, bullying, whining, etc. He was 21 years and 10 months old when he killed himself. There was a huge sense of relief that the tension had finally reached a conclusion. He had tried to kill himself three, maybe four times in the preceding year. There would be no more frantic calls to doctors late at night or early in the morning, no more days of tiptoeing around while he recovered from the latest attempt. The stress of anticipating the next time (and there was never any doubt that there would be a next time, not in my head at least) had been tremendous, and now it was gone.

The hurt and sense of betrayal, the shock and delayed grief, the anger, these coloured my world. I wanted answers to unanswerable questions: why did he kill himself? Were we not enough? Was life that unbearable?

When people learnt that he had died by suicide, the reaction from some was a sense of titillation — eager to hear the gory details but still happy that it didn't happen to them. Some friends stood by me like a rock and still do.

For years, I had kept quiet about my brother's death because my family made it clear that it was not a topic they wanted to discuss with me. I think it was far more difficult for my parents and my oldest brother to acknowledge their failure as adults to help him, though now they claim they never hid it from anyone. Perhaps they spoke about it adult to adult but I was never a part of the conversation. So I had my own conversations in my head and with a couple of friends.

It was only my mother's death three years ago that set me free to write about suicide. When I finally broke my silence, I was overwhelmed with the flood of messages of love and support from people who had known him and loved him.

My family continued to not speak of his suicide until a few months ago this year, when I wrote a memoir, which my father and oldest brother are not happy about. Even so, the conversation hasn't been an honest one. Everyone claims to have done their best to help him. They claim that as a teenager, I was too young to know what was going on or to grieve. Wrong on both counts.

It took me many years to accept his decision. The grief never goes away. But I've learnt to live with it. I see things differently because of this filter. I judge people and situations differently too. I did therapy for a couple of years and laid to rest some questions of obsession and paranoia. But it's a process. I acknowledge that I am an addict to grief and each day I have to work at overcoming this addiction.

Acceptance of his choice to end his suffering has been too long coming. I do know one truth now that I didn't in the aftermath of my brother's death. It's that death is death. Questioning the reasons, running alternate scenarios, railing against the fates: pointless, futile, exercises in uselessness.

Things are different now from 37 years ago and then again not. People talked in whispers and the conversation died when you entered the room. It still happens on occasion. I think people resent me talking openly and lovingly of his death. I think they expect me to be ashamed. Why would I be? He is my brother.

To others who have lost someone to suicide: don’t rush the process of grieving. Ignore everyone who says get over it or it's been so long, time to move on. Your grief is your own. You wear it the way it fits you. It gets better but it also comes back and lashes you when you least expect it to. All you can do is accept it and grow with it.

Talk to other people who get it. Support groups help. Therapy helps. I wish my brother had had access to either 37 years ago. He didn't. Learn to use the resources available. Don't be afraid to ask for help.

I wish I had been able to understand and accept it many years earlier. I think I do now. The anger, the hurt has receded. What is left, finally, is some measure of peace. My brother fought his demons for many years. I love him, I respect his life and his death and I will never again belittle either by denial or silence.

Continue on this Chapter As a suicide survivor, it is devastating when you lose a loved one or a friend to sui... 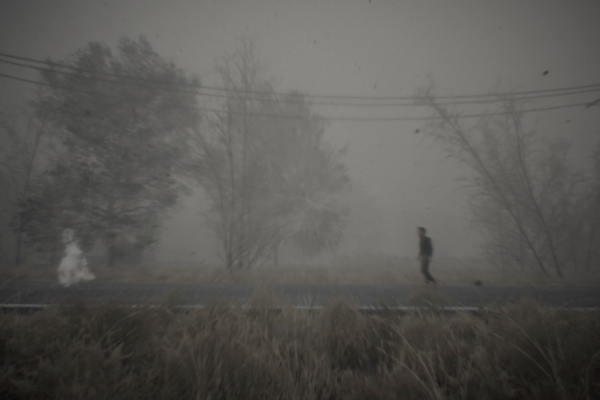 We Hear You is a support group in India where people left behind by suicide can griev...

Suicide ideation can affect everyone. What happens after a suicide attempt and how does one live with it?

Not all suicidal thoughts are the same. Understand different expressions of thought and learn how you can help.