Having the courage to laugh

Laughter is another side of courage. It lightens your spirit when things don’t go your way.

Butet Manurung awoke to find her tent surrounded by water. Her precious pots and pans were floating away. And the villagers – whom she had just befriended – stood there laughing at her.

Overnight, a torrential downpour had caused the river banks to overflow. And as she scrambled to rescue her things, a cloud of bees descended on her, causing her to jump into the river. Her sarong floated up. She looked like a giant jellyfish.

Like the villagers, Butet and her team are full of laughter as they share about the hardships they encounter in setting up Sokola Rimba, or the Jungle School, an education system that has impacted more than 10,000 indigenous children in remote parts of Indonesia.

The gales of laughter continue unabated as they recall how one teacher was tricked into cutting down a poisonous sapling which caused his skin to break out in hives.

I had travelled to Jakarta to interview Butet and her team but I didn’t know what was so funny about getting run out by village chiefs, camping in mud, eaten by leeches, or being stricken by jungle fevers.

I had sought out Sokola Rimba because Butet’s life of purpose had inspired countless Indonesians.

For her efforts, Butet, also known as Saur Marlina Manurung, has won the Magsaysay award (the Asian equivalent of the Nobel prize).

Her daily notes recounting her initial challenges have been published as The Jungle School and adapted into a docudrama titled Sokola Rimba.

Trained as an anthropologist, Butet set out in 1999 to teach literacy classes among the hunter-gathering Orang Rimba of Bukit Dua Belas in Jambi.

The Orang Rimba lived in tight-knit communities, deriving everything they needed from the jungle that was increasingly ravaged by poachers and exploitative planters.

Despite her quixotic efforts to educate them, the Rimba elders didn’t trust her. They told her to leave. She achieved no tangible results for several years.

But Butet found that she could play with the children. They would laugh and joke around.

Eventually it was the children who insisted that she teach them how to read and count. She built trust and acceptance with the community by learning to laugh and relax with the Rimba children.

“You have to learn about yourself and allow yourself to learn from your students,” she wrote in her journal.

The teacher began learning from her best students. The quickest learners were turned into trainee teachers. Butet then developed a reading, writing and counting syllabus based on the Orang Rimba’s everyday life.

After learning to read within two weeks using a phonetic system, the children began learning how to calculate prices for buying and selling goods.

The kids negotiated better prices for their jungle fare. Thanks to their ability to read, the children were able to advise their village elders to reject unfair land deals proffered to them by loggers and officials.

The ultimate aim of the education system is to teach people to advocate for themselves: to know their rights, solve health problems and stop illegal logging.

"These skills give them more power in making informed decisions affecting their futures," Butet says.

Buoyed by these breakthroughs, Butet and four others founded the NGO Sokola in 2003 to extend the programme to other communities.

On a skeletal budget, her team now mobilises volunteers to reach interior communities as far away as Halmahera, Flores and Papua New Guinea.

This means finding people willing to initiate the programme on a shoestring.

Despite the physical challenges, Butet doesn’t look primarily for courage or idealism in potential team members.

"We look for people with a sense of humour," Butet says over lunch, as I sit with her team in her home-office on the outskirts of Jakarta.

As we eat fried fish and curry prepared by Butet’s mother, I ask them: "What’s your biggest challenge?"

"Malaria!" they chorus, beaming at me.

"How many times have you contracted malaria?" I ask Butet.

"Only once?" I ask. "In your book, I think you got malaria at least three times."

"Ooooh, I thought you asked me how many types of malaria I've contracted," she says. "I've gotten only one type of malaria. But I've gotten malaria many times."

"How many times?" I ask. Five times? Ten times?

The whole table explodes with merriment.

What was so funny?

But suddenly it struck me: laughter is another side of courage.

When you choose to keep on teaching even when you are shivering and your bones are screaming from malarial fever, that’s courage.

When you are rejected by others, or when the children play dangerous pranks on you, you learn to laugh at yourself and to smile with them.

That’s why Butet’s team look for people with a sense of levity. Laughter lightens your spirit when things don’t go your way.

If you would like to laugh with Butet and her team at Sokola, you can get involved here.

Support Get involved with Butet and her team at Sokola Rimba

Since it was set up in 2003, SOKOLA Rimba has reached a dozen communities across Indonesia, and brought its literacy programmes to more than 10,000 indigenous persons living in remote parts of the country.

SupportGet involved with Butet and her team at Sokola Rimba

Here are ways you can help SOKOLA Rimba

Get involved with Butet and her team at Sokola Rimba The true spirit of a crazy beautiful life 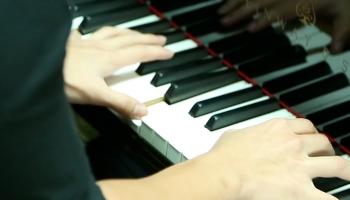