Your 'no big deal' gesture can save a life

Bone marrow donation sounds scary but it’s not. It’s as simple and safe as donating blood.

I always thought that people who donated something in the hopes of saving the life of a stranger would bask in praise and recognition.

But I was surprised to learn that it's often not the case.

"Sure, I know I've done something good," some donors say. But really it was "no big deal, and my life quickly went back to normal".

This humble attitude speaks volumes about the world of bone marrow donation.

It's full of surprises, myths that need busting and glimpses into the best parts of us.

Here are some examples:

Support Register to be a bone marrow donor and save lives

There are registries across the world that recruit volunteer bone marrow donors. In Singapore, the organisation is called the Bone Marrow Donor Programme. The countries share their databases with each other, not because it's law, but because of a shared understanding that borders and boundaries don't matter when it's about saving a person's life.

Potential matches will share key genetic traits. But they're more likely to be strangers than from the same family. Their racial makeup, however, will be very similar.

Indian and Malay patients are among those who have a much harder time finding a match, because not enough people from these communities have registered as willing donors.

The preferred bone marrow donation method is actually like donating blood. You get boosters to stimulate your body to produce more marrow, which then spills into the bloodstream. The marrow or blood stem cells from the blood are then extracted before the remainder of the blood is immediately returned to you.

You don't have to go under general anesthesia, it's quick and most donors describe it as just uncomfortable. It's not painful. Plus, you get biscuits and tea at the end. Really, it's that simple.

In Wilson's case, as seen in the video, he chose the even faster, but less popular method of having bone marrow extracted under general anaesthesia.

Bone marrow regenerates, and after a few weeks everything is back to normal and it's like nothing happened. Except that you'll know in your heart that you did something good.

In fact, it's more than just a good deed. It is the willingness to step into a life or death situation.

It is acknowledging that as humans, we're all connected in some way.

A bone marrow transplant is a patient's last hope. It means he has exhausted all other options and has only months to live.

You could be that one.

Singapore's Bone Marrow Donor Programme is part of a global registry of bone marrow donors. Sign up to be a donor here or look up your country's registry here.

Since 1993, The Bone Marrow Donor Programme charity has encouraged people to sign up to become bone marrow donors. This provides a chance at survival to patients suffering from terminal blood-related diseases.

SupportRegister to be a bone marrow donor and save lives

Here are ways you can help Bone Marrow Donor Programme

Register to be a bone marrow donor and save lives 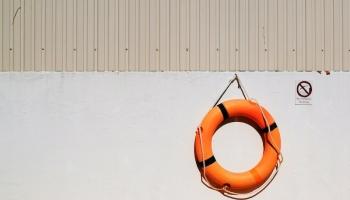 Finding the support you need as a caregiver