Bringing the fight for women’s rights to Indonesia’s villages

Through its “School of Women” programme, KPS2K empowers women with the skills to claim their rights and forge their own futures.

Lilik Indrawati from East Java, Indonesia, shares this as she recalls how she was married at 19 years old. “ I was not ready. But what can I say?” she says.

At the time, she was working in a factory, earning US$1 for a full day’s work. “In my mind, a married woman would no longer be her parents' burden.”

In Indonesia, one in nine women were married before they turned 18. Although efforts to create awareness on the issue has led to a modest decline in numbers, girls, especially those in rural areas, remain vulnerable.

Until recently, girls in Indonesia could be married at age 16 with their parents' permission. The laws were amended in 2019 to raise the minimum age for marriage to 19.

Child marriage not only robs children of their childhood, it also threatens girls’ lives as adolescent pregnancies carry more health risks. Girls who marry before they are 18 are also four times less likely to go beyond high school education, and more likely to experience domestic violence.

A ‘School of Women’

In 2014, Iva Hasanah started KPS2K to reach out to women from rural areas. Her goal? To equip them with the tools to claim more authority in their own lives, be it inside the home or out in their communities.

Although women from low-income backgrounds are often the topic of discussion when it comes to rural development, their voices are typically left out of these conversations, notes Iva.

“When they were children, their parents had authority over them. When they married, the authority fell to the man who became their husband,” she says.

“If they're never seen, never visible, they will probably experience prolonged acute poverty all throughout their life,” she adds.

Enter Sekolah Perempuan, or “School of Women” in Bahasa Indonesia. Over 10 sessions, the programme brings together women to learn about gender biases and inequality, and how to advocate for themselves.

The sessions are designed to be interactive, using role play and simulation exercises. For example, the women play a game called “visiting a newborn”, through which they see how the gender of the newborn creates differences when selecting gifts.

In movement classes, the women use dance as a means to understand how society denies them authority over their bodies. “The way she walked, the way she saw things, and what she listened to, were controlled,” explains Iva. “Through dance, they are able to reclaim ownership of their bodies.”

Developing lifelong critical awareness of their circumstances is what KPS2K aims to instill. “So that they will always question their situation, and maybe go beyond themselves and broaden their horizons,” says Iva.

Since 2014, KPS2K, which is funded by donations, has educated about 1,300 women and girls in villages around Indonesia.

A voice for their community

Lilik, Yulita Ivani and Ellis Setiawati are among the numerous women whose lives have been changed by KPS2K.

Ivani, who married at 19, shares: “I am a farmer who had to drop out from school and had to experience injustices. Now, I am the chief editor for Sekolah Perempuan's newspaper, this is like a dream.”

Ellis, who married at 17, thought child marriage was “normal”, until she joined Sekolah Perempuan. “Women have so many problems that we've been normalising all this time, but in that training, I learnt that all of us are facing the same problems,” she says.

With her newfound confidence, Ellis attended a leadership training programme. Today, she is an elected representative on her village consultative body. “All this time, we only had our husbands and children in our minds, and we forgot our own interests. If we do not fight for our rights, or are too scared to make a decision, who will change us?” she says.

Lilik, who now runs a small business selling herbal drinks, agrees. “After we understood about gender injustices, starting from the discrimination that is happening in our society, we realised that numerous issues need to be dealt with,” she says.

All three continue to organise Sekolah Perempuan activities for women in their community. Says Ivani: “From personal to district-wide issues, we can resolve them collaboratively. That is why Sekolah Perempuan is so special.”

She added: “My hope for myself is to continue to learn, and fight for women's voices, especially for women at the grassroots level. That's it.”

KPS2K, or Kelompok Perempuan dan Sumber-sumber Kehidupan, is an NGO in Indonesia, that seeks to engage women and girls in rural communities on gender inequality, and help them develop the awareness and skills needed to advocate for their rights. It runs a programme called Sekolah Perempuan, which educates women on the issue through interactive activities. It has supported some 1,300 women and girls since its inception.

Here are ways you can help KPS2K

Contribute to KPS2K and help them empower more women 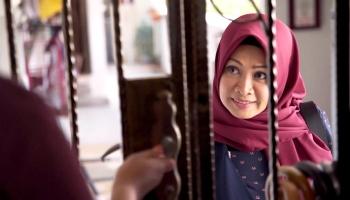 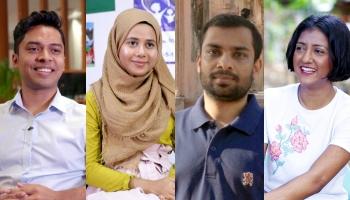